an interview with Prof. Dr Séverine Vermeire, a gastroenterologist at University Hospital Leuven (UZ Leuven), about the impact of inflammatory bowel disease (IBD) on people’s lives and the search for an effective treatment

In recent decades, the number of patients with IBD has risen sharply. Inflammatory bowel diseases are also affecting more and more young people. These diseases cause the body to literally fight against itself, leading to a great amount of pain and other discomfort for patients. Prof. Dr Séverine Vermeire, a gastroenterologist at UZ Leuven, explains the impact that IBD has on people’s lives and which treatments can provide relief.

A disease invisible to the outside world…

Under the heading of IBD, Crohn’s disease and ulcerative colitis are familiar to the general public. Prof. Vermeire explains, “These are both chronic inflammatory diseases of the digestive system. The course of the disease is variable; in Crohn’s disease (in which the entire gastrointestinal tract can be affected), abdominal cramps, abdominal pain, nausea and diarrhoea are typical symptoms, while in ulcerative colitis (where the inflammation is limited to the large intestine, with damage to the intestinal mucosa), the primary symptom is the presence of blood in the stool. In addition to these two well-known diseases, there is also the much less well-known and far less common microscopic colitis, with watery diarrhoea as the most important symptom.”

“Despite intensive research, the exact causes of IBD are not yet known. However, we do know that in addition to genetic factors, the immune system itself, the intestinal flora and environmental factors such as diet and nutrition also play an important role.”

“The impact of IBD on patients’ lives is very profound. Often, patients go through many contortions to be able to still lead as normal a life as possible. In practice this means, for example, getting up two to three hours earlier than people without IBD, because they must go to the toilet regularly before the start of a workday. And patients with IBD often feel misunderstood, because the disease symptoms, unlike those of locomotor disorders, are invisible to the outside world. The severe fatigue with which they must contend is sometimes minimised by family, friends or colleagues. The corona lockdown measures of the past year were a blessing for many patients; due to the requirement to work at home, they could take control of their own (social) lives and work in comfort, without stressful traffic.”

After WWII, a sharply rising trend in the number of patients with IBD has been seen

In 2021, IBD is unfortunately no longer a rare disease. Prof. Vermeire sees a disturbing trend: “In Europe, at least 3 million people suffer from IBD, while in the US this number is at least 1.5 to 2 million.

In the absence of reliable population-based research, we unfortunately have no representative figures available for Belgium. I estimate that at least 40,000 people in our country have a diagnosis of Crohn’s or colitis.”

“It is disturbing that these figures have shown a sharply rising trend in Western Europe and the US in recent decades. We saw the sharpest rise in the 1950s to 1970s, which is likely related to increasing prosperity and changes in eating patterns. It is striking, by the way, that we saw the same evolution at the end of the 1990s in the Middle East and Asia.”

“Currently, we no longer see a sharp increase in the number of patients. But on the other hand, we are noticing an apparent reduction in the age at which an IBD diagnosis is made. Previously, patients with IBD younger than 15 were extremely rare, while this is no longer the case. Currently most of the patients receive their diagnosis between 15 and 30 years of age. This is not a good sign, because the disease progression is more aggressive the lower the age of diagnosis.”

How can the sharp rise in number of patients with IBD over recent decades be explained? Prof. Vermeire clarifies, “We see the disease increasing in all the Western countries. But the rate of increase cannot be explained by genetics alone. Heredity plays a determinant role in only 20–25% of people. If genetics played a more significant role, the disease should rise over an entire generation (i.e., over a time span of 30 to 40 years), while we are now seeing an huge increase in 20 to 30 years’ time.”

“So environmental factors definitely play a role. A food chain that is (too) long means that quite a few factors have an opportunity to disrupt healthy intestinal function. A genetic predisposition can serve as a trigger for this. Additives to animal feed, pesticides, preservatives and so-called emulsifiers can disrupt the balance and damage the protective mucosal layer of the intestinal wall, allowing bacteria to penetrate. Recently, a study in mice demonstrated that colouring agents in food can trigger IBD in animals with the correct genetic background.”

“In Western countries, our diet is often too refined and highly processed. This trend in the food industry is definitely thought-provoking. The question most often heard among patients with IBD is what they themselves can do to control their disease.
My answer to this is that they should go back to basics as much as possible, with pure, unprocessed food.

Do you have an opportunity to plant your own vegetable garden? Good idea! Fresh-cooked food helps too, so avoid eating ready-made meals whenever possible.”

The impact of IBD on relationships and intimacy: making a taboo discussible

During World IBD Day on 19 May 2021, ‘IBD and intimacy’ was one of the central themes. According to Prof. Vermeire, that is a legitimate choice: “The theme of IBD and intimacy deserves due attention, because this topic is still considered a taboo.
Even with their own partners, patients with IBD still dodge the topic rather too much.

“We make this sensitive subject discussible during consultations and through IBD nurses in hospitals who lower the threshold for patients. We also want to involve the partner in the story and thoroughly explain the disease. 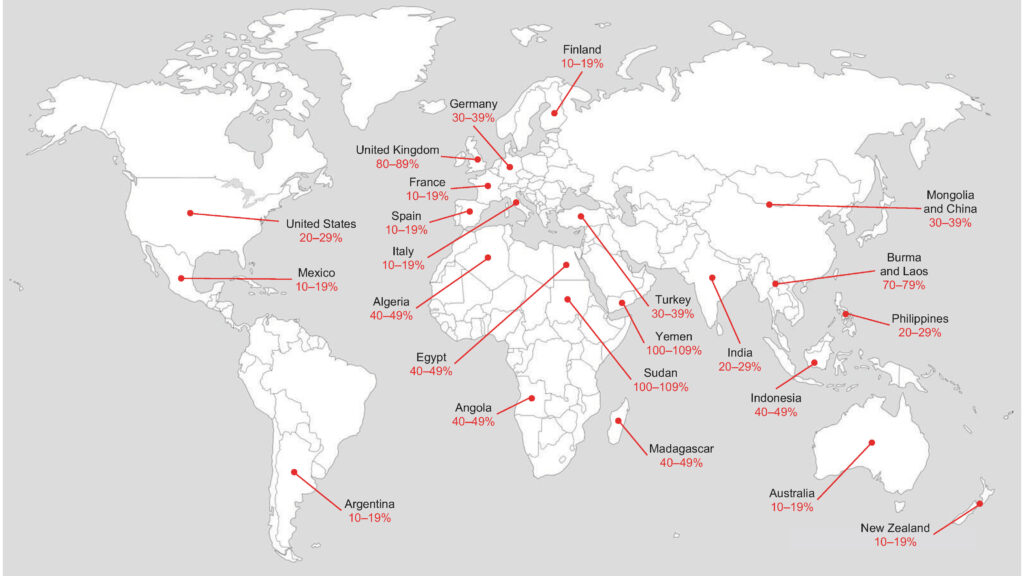 Fortunately, there are many partners who show understanding and offer support. But certainly among young people or people whose relationship is troubled, an extra effort is needed.”

Treatment and medication: breaking through the therapeutic ceiling

IBD has a significant impact on the lives of patients and those around them. Fortunately, medication can alleviate the suffering somewhat, although Prof. Vermeire makes a few important clarifications here: “Unfortunately, IBD is a disease that patients must deal with their whole lives. Therefore, medication must be administered for a lifetime too. Furthermore, medical treatment offers no guarantee of a cure. In the past 20 years the quality of medication has substantially improved, but even with biological therapies – a revolution in the treatment of IBD – we see that only 30% of patients go into remission, and so are entirely symptom-free.”

“All the available medication, from corticosteroids through ‘standard’ medicines to biological therapies, tackles only one aspect of the disease, namely the suppression of inflammation.

That is already a big step forward, but we run up against a so-called therapeutic ceiling here, because we do not achieve more than 30% of patients in remission with any medicine. Or in other words, with medication we tackle the symptoms, but not the causes of IBD. So, adjustment of lifestyle and eating patterns certainly deserves due attention. Worldwide, several new initiatives have been taken regarding diet and nutrition in recent years, and in research too. Many patients now consider it a natural evolution to adjust their lifestyle and eating pattern.”

“So, the search for the best medicine is not an easy task because we have no biomarkers to determine before administration who should get which medication. A positive trend of recent years is that the search takes place more and more in consultation with the patient. The time that doctors dictated what type of medication should be administered is largely in the past. We show our patients

What does the future offer in terms of IBD treatment?

How does Prof. Vermeire see the treatment of IBD evolving? “Researchers continue to find new inflammatory molecules, so that new blocking mechanisms are developed. I also notice a trend towards combining biological therapies. In current treatments one specific pathway is always blocked, while perhaps multiple pathways can be blocked. Until now this was not done because no one wants to compromise the safety of biological therapies, which only arrived at the turn of the century. In any case, it must be our ambition to break through the aforementioned therapeutic ceiling, although I realise that this is unlikely to immediately lead to 80–90% of patients in remission. For that, other and additional remedies are needed, such as strengthening the mucosal layer of the intestinal wall, microbiome adjustments, new cocktails of good bacteria (the so-called probiotics 2.0), and adjustments in the area of diet and nutrition. The challenges are enormous, but we keep working hard on them.” 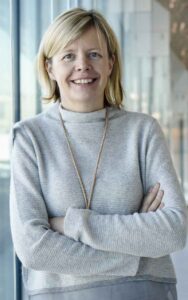 Prof. Dr Séverine Vermeire works as a gastroenterologist at University Hospital Leuven (Universitair Ziekenhuis Leuven) and is a member of the Faculty of Medicine of KU Leuven.She is Past President of the European Crohn’s and Colitis Organisation (ECCO). She is ex-president of the Belgian Inflammatory Bowel Disease Research and Development Group (BIRD).
Prof. Dr Vermeire is the co-author of the book ‘Alles over chronische darmziekten’ (All About Chronic Bowel Diseases) (published by Lannoo).